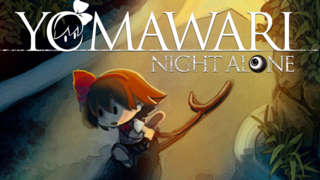 It’s fair to say that one of last year’s biggest surprises was the success of a cute but scary horror game called Yomawari: Night Alone. It was centred on a girl who was exploring a small town full of scary creatures. The quiet evening stroll grew worse and worse as a tragic accident befalls a little girl and her dog. Then her sister goes missing later in the night but she put on a brave face and got to work because she’s on a mission!

The success of this game has now led to new developments, and we’re set to see a sequel released in the coming months called Yomawari: Midnight Shadows, which introduces two new lead characters, more scary creatures and ghastly sound effects. This game will never have the huge follower base to compete at the high end of the gaming charts, but it’s certainly gained a cult following and they’ll certainly be back to buy the new version in a few months.

One of the better ways to rent PS3 games in UK is through an online subscription. Not only is this a cheap alternative to buying games, or renting from a store, but you also get an extensive list of games titles to choose from.